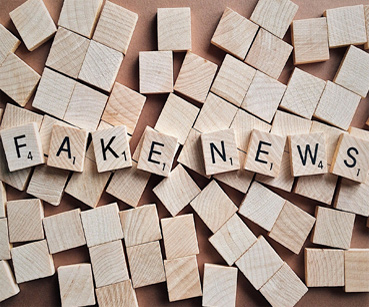 UK PR firm Bell Pottinger’s role in the construction of the Gupta family’s propaganda empire was part of a multinational fake news scheme to hide the family’s growing enrichment at the expense of South African citizens and taxpayers. The Times, with the African Network of Centres for Investigative Reporting, for the first time reveals the size and scope of a campaign which outpaces the apartheid-era Information Scandal in cost and political impact. Bell Pottinger is facing a severe backlash as a result of its role. On Monday, the Public Relations and Communication Association in the UK was due to meet to consider the company’s appeal against an adverse finding which the association has made against it. The final decision was due on Tuesday and Bell Pottinger’s future could hang on its outcome. This investigation reveals a multi-channel media empire that includes mainstream news outlets The New Age and ANN7, alternative news websites, and a vast number of contributors to social media including Twitter, Facebook and Instagram.
It is the first large-scale fake news propaganda war in South Africa, and it has adversely affected the country’s politics and economy.
This network of fake news produced at least 220,000 tweets and hundreds of Facebook posts to confuse the public between July 2016 and July 2017, when this report’s remit stopped. Since then the pace has picked up.
The largest period of sustained activity was spent attacking former finance minister Pravin Gordhan in the second half of 2016 to create a climate conducive to forcing his removal as finance minister.
Now the network has entered a new phase of heightened activity and has sharpened its attacks on Deputy President Cyril Ramaphosa and his race for the ANC presidency.
Over the weekend, Ramaphosa was forced to defend himself in the face of private emails which had been apparently hacked and leaked to the Sunday Independent and which claimed he has had a string of extra-marital affairs.
The distribution of the latest accusations against Rampahosa this weekend followed a similar pattern to other propaganda conclusively linked to the fake news network.
The fake news network has started a separate and well-funded campaign to respond to the tranche of #GuptaEmails in the form of #WMCLeaks, which features websites as well as social feeds that spew out a daily range of propaganda. Analysts say it would require a full-time army of IT technologists, writers, editors and graphic artists to produce a volume of material like this.
Our reports will take you into the dark heart of a propaganda assault which is shaping the South African story.
This weekend, Bell Pottinger chief executive and major shareholder James Henderson resigned. In July, he had issued an “unequivocal” apology for the campaign.
What was the Information Scandal? The Information Scandal, or Muldergate, of the 1970s is the name given to an explosive exposé of how the apartheid state raided the fiscus to run a propaganda campaign which included funding the Citizen newspaper. It involved placing propaganda in international media to gloss its image, which was growing murkier as the anti-apartheid movement gained ground.
The name was coined for then information minister Connie Mulder whose secretary, Eschel Rhoodie, masterminded the campaign to divert funds from a defence project to fund the disinformation campaign.
When the Rand Daily Mail and the Sunday Express, leading titles of the time, broke the story, all hell broke loose.
Investigations were held and both Mulder and Rhoodie lost their jobs. Prime minister John Vorster fell and PW Botha came to office on the back of the scandal. The second Information Scandal is more powerful as it rides on the back of a digital explosion that enables fake news (or propaganda) to travel more widely, cheaply and lethally. Other elements, which circle the similarities, are the diversion of state funds to enable it. The #GuptaEmails, as well as reports into state capture, show that the Gupta family’s business empire was enabled by diverting funds from the government and state-owned enterprises. Both the New Age newspaper and the television station ANN7 are heavily reliant on government advertising. The purpose of the second Information Scandal is similar to the first — to shield a malignant political order that faces national opprobrium.
This story was originally published in The Times.